Bosman Van Zaal recently signed an agreement with GrowUp Farms from the UK for the development and construction of a turnkey low carbon vertical farm project in Kent. 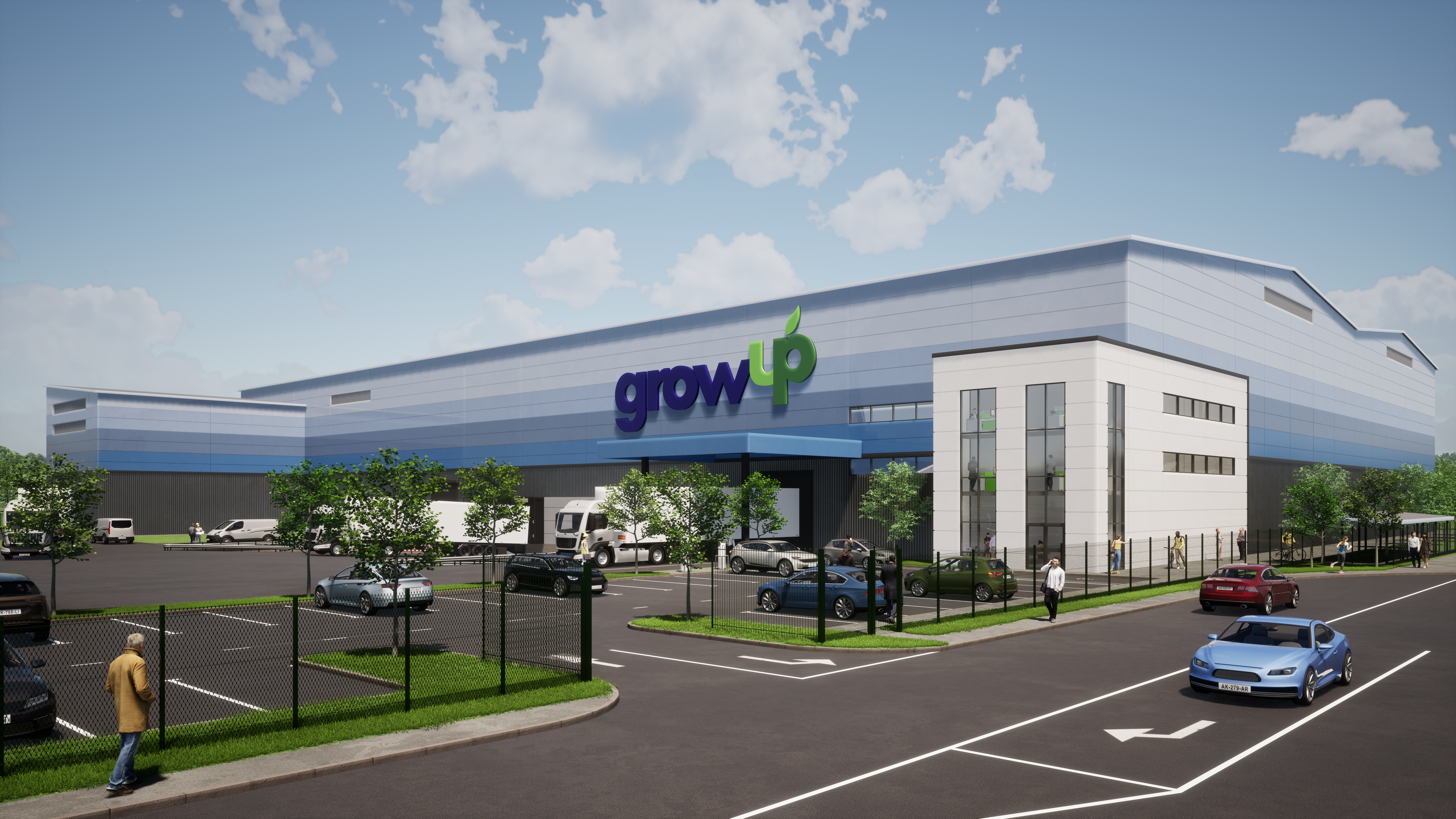 Bosman Van Zaal recently signed an agreement with GrowUp Farms from the UK for the development and construction of a turnkey low-carbon vertical farm project in Kent. The new facility is designed for growing and packing salad leaves into retail-ready bags. It includes all farming and packhouse operations such as seeding, logistics, germination, growing, harvesting, mixing and packing. This project is part of a £100m investment in sustainable food production by GrowUp Farms. It will be completed by the end of 2022.

GrowUp Farms was founded in 2013 by Kate Hofman and Tom Webster. Since the start, they focused on producing food that tastes better, lasts longer, is grown with a low environmental impact and costs less. The design of the new facility is based on their experiences and acquired expertise. Bosman Van Zaal's engineering team started to work with their input and developed a turnkey vertical farm project with highly advanced logistics and robotization, integrated with high-tech data-driven growth support systems. The production, construction and service of this turnkey facility are entirely in the hands of Bosman Van Zaal.

Vertical farming is the future

GrowUp Farms uses plants, science and technology to grow the best-tasting food, without compromising on quality, ethics or environmental impact. They solve problems in food production by growing food better, in perfect conditions. They have led the next generation of high-tech food production since 2013 and want to take vertical farming out into the mainstream.

The people from GrowUp Farms fully believe in controlled environment farming. According to them: “These days, getting fresh vegetables onto the shelf needs a lot of water and energy for washing, prepping and transporting. Food should be grown better, using less energy, less water and less land, without impacting flavour, shelf life and quality.” They claim they can do better: “By growing plants in their perfect environment, we make these problems a thing of the past. The crops are powered directly by renewable energy and our new facility is using 95% less water than conventional growing methods, while the salads grown on the farm could save up to three million lorry miles per year by avoiding imports.”

The new facility is the first in a series of large, low-carbon indoor farms planned by GrowUp Farms that will service the retail and wholesale markets in the UK. They plan to extend their range beyond salads and are developing future crops and products at their R&D farm at the Agri-Epi Centre at Harper Adams University.