Enza Zaden and Bosman Van Zaal recently signed an agreement for the development of a greenhouse and seed production facilities in Arusha, Tanzania. 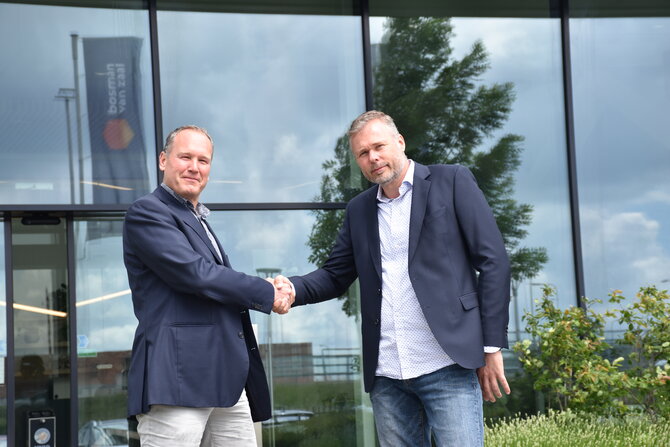 Enza Zaden and Bosman Van Zaal recently signed an agreement for the development of greenhouse and seed production facilities in Arusha, Tanzania. The project comprises two hectares and will be carried out by Bosman Van Zaal in cooperation with Enza Zaden.

The project will be realized at the current location of Enza Zaden in Arusha and consists of two high-quality foil greenhouses, divided into 14 sections, of which one section will be equipped with F-CLEANTM. The new greenhouses will be equipped with all relevant installations needed for the cultivation of hybrid vegetable seeds. At the same time, some installations in the existing greenhouses will be modified so that the cultivation processes and climate can be controlled more effectively and efficiently.

The semi-closed greenhouses will be equipped with continuous single-sided ventilation, a screening system fully tailored to the crop and local conditions, a sustainable irrigation system, a pad & fan system for cooling and an advanced growing gutter system. The climate is controlled by the existing computer, which is updated and adapted for the expansion. The development and installation of the electrical systems are also in the hands of the specialists at Bosman Van Zaal.

During the development of the project by (the management of) Wytze Salomons, of Enza Zaden Tanzania and Geert Nell of Bosman Van Zaal, environmental aspects were of course also taken into account, entirely in line with the client's policy. Salomons: "Enza Zaden realises that a company can only be successful if it operates in harmony with society and the environment. For this project, therefore, the rainwater from the new and existing greenhouses will be collected in a basin, disinfected and reused, as will the drain water, which will also be disinfected and reused. In addition, the corridor of the greenhouse will be fitted with solar panels, so that the project will be largely self-sufficient." Furthermore, 'wetlands' have been constructed to purify the (seed) extraction water and this water will also be reused.

In September this year, work will begin on adapting the installations in the existing greenhouses, followed immediately by a start on the new building. The implementation will be in the hands of the technical team of Bosman Van Zaal in the Netherlands, in close cooperation with the colleagues of the Ethiopian branch in Addis Ababa, Ethiopia, who will manage the local workforce.

Enza Zaden develops new vegetable varieties that are grown, sold and eaten all over the world. Worldwide, the family business has more than 2,000 employees with 45 branches in 25 countries. The company's aim is to provide people all over the world with access to healthy and varied vegetables. They develop new, strong vegetable varieties with high productivity and resistance to diseases and pests. Varieties that require fewer crop protection agents, water and fertilisers during cultivation also produce a higher yield per hectare. They then ensure that these varieties are also available worldwide and support local growers with growing advice so that they can get the best results from their varieties.