Bosman Van Zaal started with the expansion of Holland Orchids in Guatemala of approximately 1 hectare, consisting a foil covered greenhouse and integrated heating based on thermal solar collectors. 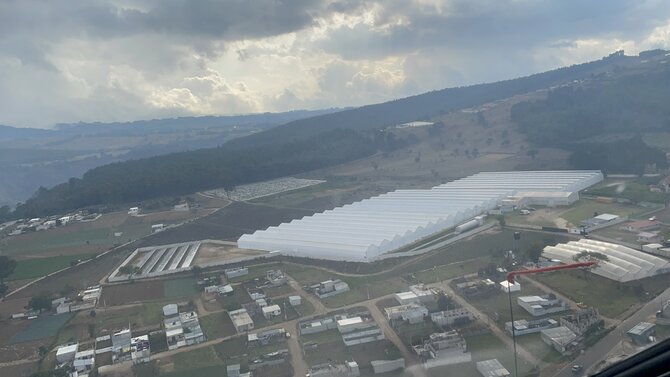 Recently, Bosman Van Zaal got the order from Holland Orchids to supply their 4th expansion phase in Guatemala. This expansion of approximately 1 hectare, consists of a widespan film-covered greenhouse and an integrated heating system based on thermal solar collectors.

The widespan greenhouse, manufactured in Bosman van Zaal’s own factory, is covered with F-CLEAN™ film. This film type, also known as “ETFE” film, has a very long lifespan up to more than 30 years. It also has a higher light transmission rate compared to glass. F-CLEAN™ has similar or even better characteristics compared to glass but with all the advantages of a flexible film cover. The film-covered greenhouses of Bosman Van Zaal feature a unique film tensioning and durable film locking system. This makes them very suitable for the application of F-CLEAN™.

The expansion of the existing heating system and the integration of a new solar collector heating system are also completely engineered and manufactured by Bosman Van Zaal. The solar thermal collectors absorb approximately 60% of the incoming solar radiation. Hot water is transported to a heat storage tank where it is used to heat the greenhouse at night-time. With a panel surface of 4,250 m² this thermal solar collector field, at this location, can potentially generate approximately 3.2 million kWh of thermal energy per year. For Holland Orchids this means a potential saving of approximately 370,000 litres of diesel per year. The payback period of the solar thermal collector system is 3 to 4 years.

By combining more than 100 years of horticultural experience in greenhouses, heating systems and cultivation container systems, Bosman Van Zaal has developed a robust and profitable thermal solar collector heating system. For more information about the integrated solar thermal heating systems based on solar collectors and the projects where they have been applied, go to this page!