Bosman Van Zaal will present the new TraySpacer, a patented reusable tray that can be extended in a chessboard pattern, allowing plant material to be widened automatically and without damage. 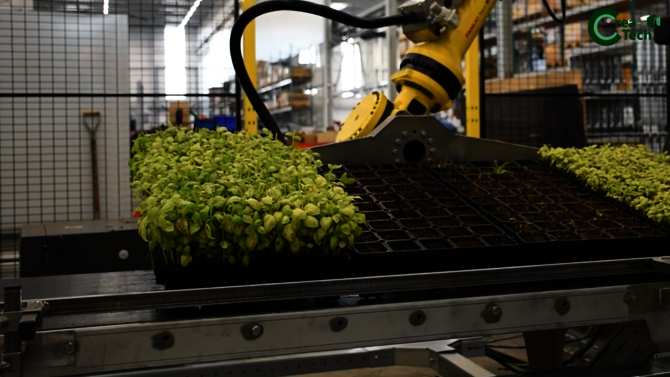 Our new TraySpacer is a patented reusable tray that can be extended in a chessboard pattern, allowing the plant material to be widened automatically and without damage. The system was first applied on a large scale last year at Soli Organic, a company specialised in advanced herb cultivation in Anderson S.C. We will officially present it to the industry for the first time during Fruit Logistica 2022 at stand number B-03 in hall 8.1!

The system consists of a patented extendable tray and a robot that extends and retracts the trays. The extendable tray is designed to widen plants without damaging them, thus minimising wastage. Pots or soil with seeds can be placed in a flexible tray. The TraySpacer can be linked in an integrated way to systems for automation, tray handling and harvesting.

After a crop, the tray of the TraySpacer is removed from the crop by a cutting machine. The soil is then pressed out of the tray by a tilting mechanism, after which the tray is cleaned and disinfected by a washer. Ready for a new crop.